When it comes to men’s scarves, I have an exceedingly simple recipe which gives a beautiful result. The only issue is – it is exceedingly boring to knit. Three-by-three rib for hours and hours (and hours) on end, anyone? The solution – add a small and subtle design element which will barely show in the finished product (to make it man-wearable) but will make the knitting process a bit more interesting.

Enter my idea of a “cascading scarf”. Now, this has probably been done before. It’s not exactly rocket science. But I had honestly not seen it anywhere, and came up with the idea on my own: interrupt the endless ribbing with a series of staggered cables, to give a sort of waterfall effect.

Here’s how it turned out. 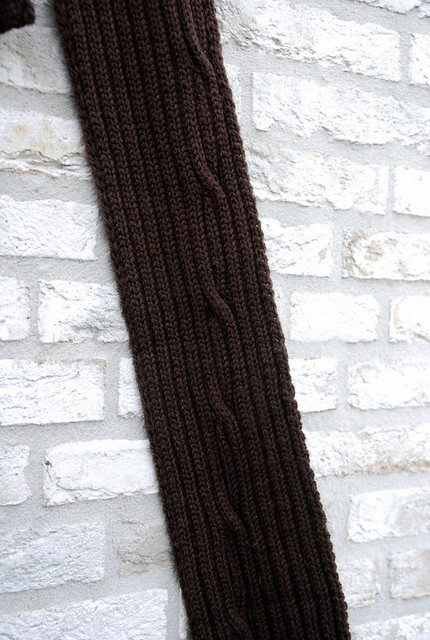 I have to say, it looks exactly as I had envisioned it in my head, which is exceedingly pleasing! I couldn’t be happier with it!

The wrong side doesn’t look bad either. 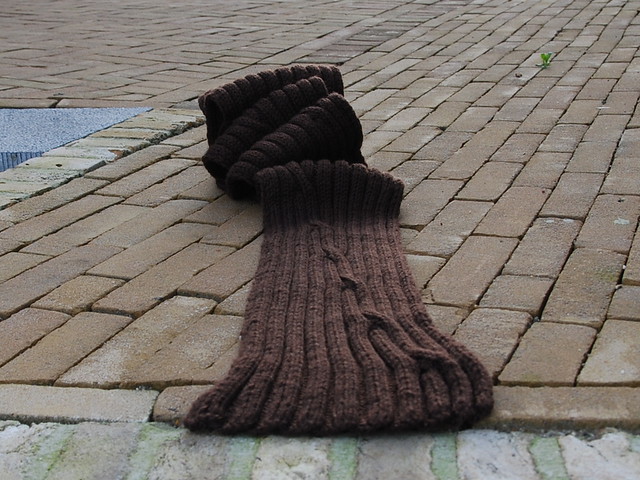 And the best part? When worn, no one can even guess that this is anything other than the simplest of man scarves. Mischief managed! 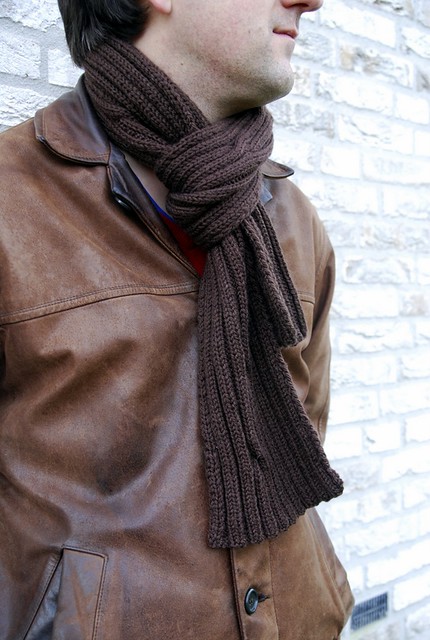 If you would like to replicate it, my adjusted recipe is on Ravelry.